The Three Areas of Ability 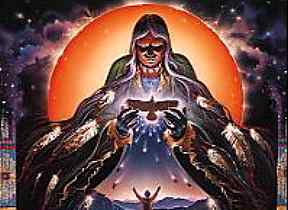 I will organize a series of concepts that under no conditions should be taken as sorcerer theories because it is a conjunction formed by the Toltec sorcerers of ancient Mexico as a result of directly seeing energy as it flows through the universe. I will disclose this conjunction in parts without any attempt to classify them or categorize them in any determined pattern.

I am not interested in classifications. Classifications have their own world. After you start to classify things, the classifications become alive and dominant. However, classifications never begin as subjects that give energy; they always remain as dead trunks. They are not trees; they are merely logs.

In the way of teaching as developed by the sorcerers of ancient times, there exists two categories of guidance. One is called teachings for the right side, developed in the normal state of consciousness. The other is called teachings for the left side, put into practice only in heightened states of awareness. These two categories open the way to comprehend the three areas of ability: the mastery of awareness, the art of stalking and the mastery of intent.

The art of stalking is a riddle for the heart; the divergence that the sorcerers feel as they become aware of two things: first, that the world appears to us as unalterably objective and factual due to the peculiarities of our awareness and perception; second, that if different peculiarities of perception go into play, the very worldly things that appear to be so unalterably objective and factual change.

The mastery of intent is the riddle for the spirit, or the paradox of the abstract – the sorcerers’ thoughts and actions projected beyond the human condition.

1. The universe is an infinite agglomeration of fields of energy, similar to filaments of light.

2. These fields of energy, called the Dark Ocean of Consciousness, radiate from a source of inconceivable proportions, metaphorically named the Eagle.

3. Human beings are also composed of an incalculable number of the same fields of filament energy. These emanations of the Eagle are an encapsulated agglomeration manifest as a ball of light the size of a person’s body with their arms extended outwards like a giant luminous egg.

4. Only a very small group of energy fields in the interior of this luminous ball are alighted by a point of intense brightness located on the surface of the ball.

5. The perception occurs when the energy fields of the small group immediately surrounding the point of brilliance extends their light to illuminate identical energy fields in the exterior of the ball. Once the unique perceivable energy fields are illuminated by the bright spot, this spot is called the point where perception is assembled or simply the assemblage point.

The assemblage point can be moved from its usual position on the surface of the luminous ball to another position on the surface or in the interior. Since the brightness of the assemblage point can light up any energy field with which it comes into contact, when it moves to a new position it immediately illuminates new fields of energy, making them perceptible. This perception is known as seeing.

When the assemblage point moves, an entirely different way of perception becomes possible – as objective and factual as that which we normally perceive. The sorcerers enter in this other world to obtain energy, power, solutions to problems of a general of particular nature, or to face the unimaginable.

The penetrating Intent is what makes us perceive. We do not become conscious because we perceive; on the contrary, we perceive as a result of the pressure and intrusion of the intent.

9. The objective of the sorcerers is to attain a state of total awareness, in order to experience all the possibilities of perception available to man. This state of awareness actually implies an alternative way to die.