XIV – Living and Learning to Play 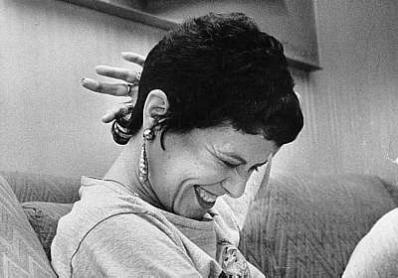 Daniel, my captivating friend who was here with me just now, doesn’t speak. Wizened, listens, throws his head back and laughs regularly. His diagnosis by the men in white is autism, I think. I consider him to be brilliant. He doesn’t say so, but he keenly listens to everything in his vicinity and picks up on the energy of whoever is around him, often laughing an ironic but wise laugh. They say we were given two ears and only one mouth so that we may listen more than we speak, although this doesn’t always occur to most people. He is a great friend, a good listener and excellent company. We play cards at night, Daniel, two other women and I. He’s a clever one, that’s for sure. Before he arrived, I was telling you about my girlfriend appearing in my bedroom back in BH, before I was admitted. Two different bedrooms, two different worlds, inside and outside of Pinel, but both are oppressive, both have been prisons.

Her arrival provoked in me a strong emotional discharge. I was lying in my bed after some twenty showers that day with the lights turned out and the window open, fighting against the voices of those dear to me who insisted on torturing me so. I couldn’t stand their game anymore, I didn’t want to hear them, I was dreadfully overtired, but my spirit was perturbed and my mind just would not shut down. And that’s when she came, in this state of affairs, and not by chance. The window was my only communication with the voices; it seemed that’s where they were coming in through. The outside light was a signal, but the indoor light of my bedroom was bothersome, any light was, and which is why, even with the lights off, I wore my sunglasses. They were my camouflage against my own family, who were unable to understand what was going on.

She appeared to me all shaken up, with a very upset look in her eyes. When I saw her, flashbacks went racing through my mind. Sandra, Tatiana, the Gay Movement of Minas, Calabar. An emotional avalanche of memories from that trip unloaded onto me. I got up and held her. She felt ice cold, she was shaking a lot, she was afraid and she couldn’t hide it. Was she afraid of me? Afraid of something that I had done? Afraid of telling me something or hearing something? Fear paralyzes us, numbs us, and as much as we try we cannot contain it. It escapes through the pupils, through the shudders, even if they were internal ones, of which I could detect. I could detect things that no one else could. This was not a gift, it was a burden.

She embraced me, I felt not her body, but her soul shudder, not her skin, but her heart sweat. I tried to talk, I don’t know what was said. I know that we lay down for a while, side by side, but we couldn’t just simply stay there, lying side by side. There was an insurmountable tension surrounding us. As if the moment was suspended, not poetically, but tensely in the air.

The tension only grew from this point on. I don’t know who spoke first, but we had arrived at a neural threshold: betrayal. It was a stitch left untied, maybe it was what troubled me the most, the thoughts and emotions seeped into that word. My inner intensity was on rise, reactively. “No, I did not betray you” I cried. She started shaking more, I think she started to cry, letting her tears escape, which streamed down her face like little rivers. No, when I spoke I kept hearing my guide, Tatiana’s voice, she must be somewhere outside, advising me. She explained the psychology behind my girlfriend’s attitudes, how to see through it. But I didn’t listen, I felt a surge of jealousy, rage, the feeling of having been betrayed.

“You betrayed me, you betrayed me, admit it!” I said. She denied it, frightened. I told her that I already knew, that she couldn’t hide from me, that there’s no use in denying it. Her body gave her up, the nervousness, her words coming through trembling lips. Yes, you betrayed me, I need to know with whom. She wouldn’t tell me. I got upset, angry, how could she deny what I could detect so clearly. Yes, she had betrayed me. All the while I was the one who kept thinking about the act of betrayal, but I contained myself, even if non-intentionally, and got stabbed in the back, a surefire betrayal. No, I didn’t need this, she had to tell me, there was no other way for me to understand. I started naming people and then suddenly it struck me; the reason behind all that fear. She had cheated on me with another woman. That must be it. She cried, trembled, denied everything, embraced me. That was it, it was all so clear to me. Tatiana’s voice confirmed all this from inside of me. My dad was also there, lulling me. One thing was very clear to me now, as much as everyone keeps telling me that none of this happened and that it was all in my head. I projected onto her? The truths are as fluid as are the different points of view.

She left directionless, I put my sunglasses on, turned on my music and went back into my world now more disturbed than before, only with one more (un)certainty. Now the only thing left to me were the voices and my brother. Everyone else, my family, my girlfriend, friends, couldn’t understand me. They were on another level. But they didn’t fool me, and that night I decided to play their game; try to pretend to not know everything that my senses told me.

My mom just arrived at Pinel. It’s time to play her and the man in white, Dr. Lucas’ game. They can’t keep me locked away for much longer, because there are people rooting for me on the outside. They don’t realize it, but one day they will have to hear me. As the on-screen character once said, and this mental hospital makes me think of: “What would be worse? To live as a monster or die as a good man?” As Elis Regina’s song goes in Guilherme Arantes’ composition: Living and learning to play.