XII – A Joyous Island of Pinel 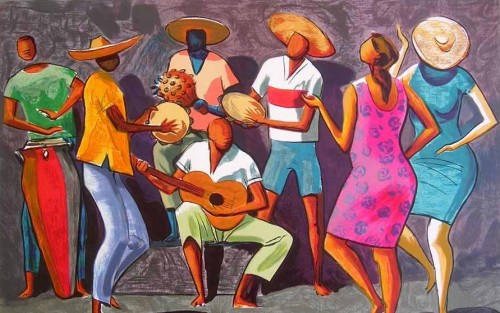 To live under the logical tyranny of the sane world may be more comfortable for some, but for the non-adapted, those who have gained wings, it is excruciating. This is because the sane are incapable of noticing the underlying authoritarianism in their actions, accepting only the level of reality visible to their clouded eyes. It’s like that scene from the notorious movie The Matrix, where Morpheus, his name being a non-coincidence, gives the young man Neo the option to choose between two pills. If he takes the blue pill, he goes back to his superficial, illusory life and lives happily in the fullness of his mediocrity, without ever remembering that there is something beyond the Matrix or the “sane” world. If he takes the red pill, Neo will gain wings and jump from the world of appearances to behold what is behind the visible world, to go beyond the Matrix or enter the world of the “insane”. Neo made his conscious choice of taking the red pill. Mine is too. And when we don’t give in, and dare to aspire for freedom of thought, feeling and knowledge, we are then labeled as highly dangerous. Socrates will tell you, with his own sacrifice in Greece. I will also have to face up to the precariousness of taking the red pill.

I remember when I got home, after finally finding my PSP, I thought that the voices and their owners would go back to Juiz de Fora and that I could rest. I started to feel terribly tired. But when I lied down on my bed, which should have been my greatest comfort, my entire bedroom seemed to contract, the roof lowered to a foot above my head, the walls closed in on all sides of my bed.  My room became my cloister, and now the ones who guided me, those voices that shouted into my ear, were screaming even louder. They summoned me to meet with them, as a leader, to be a link between worlds: the homo and the hetero, the sane and the insane. I felt fine with this, but it also felt like a burden. I needed to go with them. I couldn’t just play my mom’s little game anymore. I needed to see my dad, to see Tatiana and Marquinhos. I was tired of only hearing them. I needed them in the flesh.

But suddenly I couldn’t go out anymore. My mom prevented me from pursuing them. First it happened in my bedroom. I was lying there squeezed between the roof and walls, listening to them. There was a party going on somewhere in a nearby building, I couldn’t visualize it but I could hear the commotion. Most importantly was to distinguish between the voices and the laughter, Tatiana’s was there. My travel companions were all there waiting for me, celebrating my return home. They called to me, asking me to come see them. There was music, a samba, a batuque (traditional drumming). I needed to get out of my bedroom and go to them, to celebrate with them. I would see her there. Meanwhile my mother, despite her unconditional love had transformed into the ultimate repressive authority. She became my watch guard. She watched my every step. I leaned out my window to better hear the party there waiting for me, to figure out the best route there. She opened my door abruptly, invading my already squeezed world, ordering, not asking, me to get away from the window. She adamantly told me that my dad, Tatiana and Marquinhos were not at that party. Such audacity, since I could distinguish clearly their voices, even feel their presence inside my chest waiting for me to celebrate. There were no beers at my house. So I smoked, and drank gallons of water. That water wasn’t just a set of H20 molecules, it was a magical liquid, a potion.

I tried to go out the door, who knows? Maybe I can go out through it. It was locked. I had the keys. I looked but they weren’t in my backpack anymore. What an intrusion! How absurd my own house has become. A place of confinement and punishment, as Foucault would say. Everything just became heavy, very heavy, and it was a weight that my legs were shaking under. My refuge, as was on the bus from Juiz de Fora to BH, was the bathroom. I went in and looked at the showerhead shinning there like an oasis with its reinvigorating waters… It wasn’t just my bedroom shower anymore, it was a waterfall. I stepped into that ice cold water, in search for an escape from my own private prison. I sat. Letting the water fall onto my shoulders, over my head. And there were the voices of my travel companions, calling to me, summoning me. Come! It’s your commemoration party! I’m down here, waiting for you! Find a way out, it’s the land of freedom and joy down here! And there I was, in the land of neurosis and repression, my own home. Paradoxical dichotomies. I must have taken between five to nine showers that night, I can’t remember. And the bath, which was a refuge for me, according to psychiatric sciences it is a symptom. If it’s a symptom of non-adapting then I’ll sign at the bottom. I never want to be an adapted.

It wasn’t just my mother who guarded over me, her boyfriend did also. Poor Leo, my close friend and brother, he didn’t watch over me. He didn’t understand, he couldn’t. But he didn’t repress me either. His gaze was my guarantee of the only sweetness inside that house’s atmosphere. My mom insisted for me to lie down, to sleep, so I lied down, and what was an internal conversation became an outer one. I talked with Marquinhos, my dad and Tatiana, everyone else couldn’t hear or feel them, but I could, and they deserved to be answered. I saw my mother’s despair, sitting there on the other side of the door, while trying to help me she unknowingly just made things worse. I needed to see them, it was the only solution.

After so many baths and gallons of water ingested, I asked my dad and Tatiana to let me rest. I asked my mother to make them stop talking. I couldn’t go to the welcoming party they set up for me, I felt the weight of the world upon my shoulders. I lied down and the walls began to move away, giving me space to rest. I don’t know how long it took, but I slept… Do you think when I wake up it will all be over?  -my mom was thinking…

The doctors, the Men in White, thought that with their science and knowledge they could label people as insane, psychotic, schizophrenic, maniacal. There is no knowledge that wins over experience. How can they give so much diagnosis, how dare they classify human beings if they have never experimented their so-called patients’ vision of the world? Dr. Lucas, in his unflinching posture, had let shine through slightly that he knew this. There´s no truth that can´t be blown into the wind. It is a mere question of choice. Neo’s choice. With each day that went by inside Pinel I realized how my colleagues, friends of enclosure, had a reference in me. Different from my bedroom at home, my bedroom was like a joyous island of Pinel.