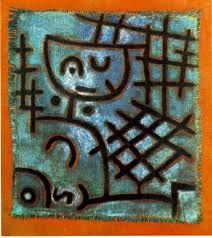 I found the cradle that I needed in Sandra’s lap. I don’t know why, but every night, whether it was with her or Valéria, I felt the need to lay my head on a lap, and not just any, but one of those laps. I would have preferred if it was my girlfriend’s. It’s been a while since she last visited me, where could she be? Ok, so it wasn’t the all sentimental love sublime that rises above everything and everyone. Wishful thinking, love is as fragile and beautiful as crystal. At the first quake it shatters into a thousand pieces so sharp it is preferable to not pick up the shards. That’s love, love-passion. Here in the lap of my other companions, Sandra and Valéria, I felt something different, I felt being taken in, peaceful. Peace within the madness, incarcerated inside this hospital, proudly named after the psychiatrist Phillipe Pinel. I will speak of him later, as you must be anxious to understand what brought me from the Baiana do Acarajé bar to here. Hold up, don’t rush me, and we know that the clues are in the minutiae, I should remind you.

I ask Sandra what she thinks of my mother. She says to me, “a strong and formidable woman”. Women, always defending themselves. Poor Sandra, so lovable, but so distant from the profoundness of the world. That day, when the voices kindled my heart while in that bar in the heart of Savassi, not even the arrival of my mother could help me. In fact, she really got in the way, lancing her malevolent gazes which penetrated into me, her telling me that I was not myself. No, she didn’t understand, I needed to see my father, he was holding my link to the sane world, my PSP, where I stored my music. I told her, desperately, that I needed to see my dad, he has my PSP, he said that he would return it to me.

They didn’t understand. Not one of them: my mother, her boyfriend or my brother Léo. They looked into my backpack and there was my PSP. How could they understand, I ask you, if they did not feel that burst of feeling, if they did not see the world open up in its dialectic poles, if they didn’t make the jump from the sensory reality to the supra-reality? The stubbornness of the sane, coupled with their sense of superiority. I never wanted to be a sane.

And in my search for the (so called) father figure, who held the my link with the world, once again I went into bars and restaurants, talked to a few (non)colleagues, who might give me some of the clues I needed. And oh how those voices tormented me; my father didn’t whisper but shouted inside my ears, making a reverberation that choked my brain and then followed directly to the heart. It only got better when Tatiana came over to echo into me. She gave me the best tips, she told me to be careful with my mother, always so wise.

Then out of nowhere my mom changed her stance, changed her speech, let her candor shine through. She said that she had spoken with my father, that he really did have my PSP and that he had left it at the reception of our apartment building. I was a little suspicious; could it be another one of their tactics to deceive me? In the end, my father was just like me, a street cat, the bohemian. For some reason he was making me go after it, Tatiana must be waiting for me right beside him. How I longed to see my girlfriend! She didn’t deserve the wrongs I had committed to her, my betrayals in thought. I wonder now if they really were just in thought. She didn’t deserve this, and as I mentally tortured myself, Tatiana calmed me, saying it is better to follow my instincts than a repressive rationale. That’s it. She was right. And little by little I began to understand that it wasn’t worth it to fight with my mom, or her boyfriend, for as downtrodden as they seemed to me. The best tactic, the one that whispered into my ear, was to play their game. So that’s what I did.

Without much insistence from my mom, I accepted (?) what they were telling me. Let’s go home, retrieve my PSP, let’s go back to the comfort of my bedroom, my world. She thought that this would resolve things, that once there I would be saved. How wrong she was.

I arrived at home and my PSP was in fact there waiting for me at the reception. Even though until today she tells me that it was in my backpack all along, I know that it wasn’t. I know it was with my dad, and he, wanting to take me home, left it with the receptionist in the lobby.  Now for me to have it back, to be able to reenter the songs that rocked my rhythm, was an instantaneous and momentary joy. Some instants can condense the paradoxes of a lifetime. And that’s how this one felt. That’s why Vinícius de Moraes always said: “my time is when”.

Little did I know that the comfort of my own home would soon transform into the anguish of a prison. But this is how the sane are, they transform joy into pain, liberty into imprisonment. Get used to it, those who continue to follow me.