VI – Tempting Madness and its Delicious Sensations of Power 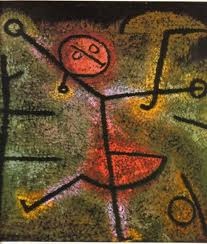 It’s night fall at the Festival Juiz de Fora. After my outburst of rage and all the agitation quelled down, from what I remember there was a moment of reconciliation. I remember going backstage and talking to the drag queen for a moment, without her makeup. I saw that I knew him, the man behind the drag, and that we had talked earlier before his makeover… I don’t really know what was said, I just know that everything calmed down. A person acted extraordinarily, mediating the entire conflict – inside and outside – of what I was going through: Tatiana. Maybe it was because she is a psychologist, or maybe it was because of the synchronicity that I had felt between us, she and only she was able to help me at that moment. She spoke to me until all the aggression passed away, she encouraged me to not care about the rest of the party, gave me the time and the words that I needed. In the end it was all over. Not yet. Everything seemed to be alright, but the night went on, and it always brings out other worlds. Why do my memories flee from me so much? It would be so much easier if they were organized, accessible… And why do they insist on locking me away in this clinic? Do they really not realize how mistaken this all is? They insist on medicating me, as they know they can’t handle me. The crazy are the mouthpieces of a truth inaccessible to the sane. This is why they want to break me. I remember Umberto Eco, “The Name of the Rose”, the epigraph: “Children and crazies always tell the truth!”

Tatiana was leaving in body, but wouldn’t abandon me that night. She would leave with the gays, heterosexuals and in-betweens and the party would be over with. The commotion I have caused with my fit of rage did not decrease the cheerfulness of the party. I went into my corner, I didn’t want any chit-chat with my dad or Marquinhos. They didn’t understand me, had condemned me and hurt my feelings. It is the ruling egoism of everyone’s point of view. They had left and I stayed behind, alone. Me and my inner turmoil, lying there in Juiz de Fora. Just me, the excitement and Tatiana. And it seemed as if she was there all along, still trying to calm me down. She knew that I alone would calm down on the outside, but the inner turmoil continued. What about my girlfriend? She was so loveable, and she was crazy about me. Yes, it’s very possible that we had been in touch. But how, if I liked her so much, could I have been so taken with Sandra and Tatiana. Why were my lusts so intense, to the point where I couldn’t sleep?

She did not deserve the act of betrayal, much less it in thought form. Thoughts are more dangerous than acts. If sane that is! An act ends right there and can be forgotten. Thoughts however stick themselves to feelings and invade the unconscious mind and make us into mere hostages. But why couldn’t I stop thinking? My heart was pounding, my brain seemed to squeeze inside my skull. My pupils dilated. No! I didn’t use any drugs except for alcohol and tobacco. Why then could I not relax?

So the night went on with her image in my head, vainly trying to rest. How I wished to feel as tired as I do now, my vision is blurring but I insist on continuing … I was able to close my eyes at about five in the morning. At six I woke up alarmed. I heard it. I did hear it. He said that. Son of a bitch! I did not! Why did he say that I did, if I did not use anything? I don’t need to use that. Those bastards! Him, my dad, no one understood that I wasn’t on anything. He said: he can’t sleep because he’s been snorting. I didn’t snort anything damnit! He said it again, I don’t need to listen to this, and I definitely don’t need those two hypocrites in the next room.

I have to continue the story, to tell you… the nurse arrived, I want to talk, I need to tell you, let her wait a little longer. That is where it all started, in their version… I heard them saying that I had snorted cocaine. But I wasn’t on anything, and this angered me. I packed my things, broke into their room screaming, saying that I had not snorted, they were liars, that I didn’t need this and that I was leaving. Marquinhos tried to argue, but I wouldn’t hear it. I just kept cursing them out said that I would never return. My father wanted to give me some money, I had none. I refused, I couldn’t accept his money. He must have shoved it into my pocket, but I can’t remember… I left infuriated, my eyes changed, I went out looking for a taxi in Juiz de Fora. They didn’t stop for me… Nobody wanted to help me… Where was Tatiana? Only she could help me!

Uhf… I can’t go any further… My body is heavy, my legs feel heavy… It must be that darn Haldol, the enemy of the creative… I need to lie down, rest, head is heavy… But understand, this situation is a would-be start of what they call a “psychotic breakdown” … I swear that I heard voices scolding me, but they tell me that the voices were all in my head. I still remember how real they seemed to me. And this new conflict has uplifted me to places that no one who has reached have managed to tell… and you are having the privilege of reading it firsthand… tempting madness and its delicious sensations of power.