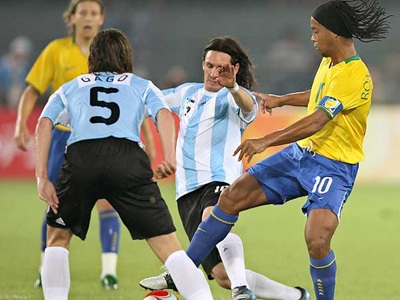 Going out was a way for me to socialize. But at the same time it reflected in me my greatest fears and anxieties; the fear of loneliness, the results of the medication, and their terrible side effects. Going to the bathroom was a challenging ordeal. My genital organ and I having to confront that urinal. It was as if my ghosts were all standing there watching me. Nothing… I grew tense, and the liquid with the excrements of my being would not come out. Thoughts of persecution went running through my head. I thought about my dad, of Tatiana, Mel, Marquinhos, Fernanda. I tried counting to ten, but the liquid didn’t come out. It was painful.

I breathed in, thought of good things, of Leo, of Bussunda, my dear friend, in the joy of being there with friends, watching the game, Brazil vs Argentina, 2008. So many friends there with me and there I was stuck in that bathroom, the worst possible place to be alone in, the place for excrement, waste, and filth. I stood there for at least twenty minutes, and I just couldn’t piss. Yes, piss, because urinate is too light a word for a process so profound. To piss and complete the cycle of removing things from one’s body, energies, excrement, everything that’s not good for us. And I simply couldn’t do it. I held in all that weight which should just exit through my genitalia. Then I went back to the table, sat down with my friends and tried to be “normal,” if that was at all possible for me.

I watched the game as if I was commanding set of string-puppets. I felt as though, in my fantasy, the game was being directed by my desire. An unexpected lineup change was a hint, a wink given by one of the players. I thought, visualized what was going to happen, and it just about did. Was I just still crazy, out of my mind, or did I have some suggestive power that was being transmitted by the electromagnetic waves to those players? Was I really connected to them, or had I left Pinel prematurely, still riding the waves of a mental outbreak, surfing on the wings of imagination?

Suddenly, the entire environment I was in began to weigh heavily on me. The bustling bar reflected my inner state of being. My organs agitated. I started to heat up. I got all fidgety. I wanted to drink. I desperately wanted to kiss one of the women there. But I controlled myself, turned to my friend and asked to be excused, as always, to the comforting isolation of my bedroom.

My bedroom is a universe. In it, at that phase, I could calm down, pull myself together, and above all, I could take a piss! I went to the bathroom of my own home, counted to ten, and gently my vessels were overrun with that yellow liquid. There it went. The sense of relief, of tranquility, was immediate. My body relaxed. I went to bed and fell asleep.

I still could not separate what was part of my psyche and what were effects of the medication. I was walking a fine line between a euphoria that in just a few moments could sway into depression. It was a false illusion of control, of the ecstasy of euphoria that could quickly fall to pieces. I was tightrope walking with my own mind on a rather slack rope. And did the meds help? My family tried to help … But who says they had any idea how to?

Above all, the memories of loves lost, as I mentioned before, were very painful. Fernanda and Mel had left deep scars in my psyche. I needed an anchor, someone who I could hold onto sentimentally, and there was no one, no one except myself. Now it had to be this way, I had to face my greatest enemy… myself! And what an uphill battle it was. With the lack of things to occupy myself with, despite the universe inside my room, I was in anguish. Every day it was the same neighbor’s window, the same sun coming through the window, people coming and going at the same times of day, and me staying behind. I felt left out, an outcast, but it was all part of a process, a metamorphosis, “A La” Kafka. I was dismantling myself in order to be reborn. I didn’t know this at the time, and that’s why it hurt so much. Soul pain, the kind that not everyone knows the weight it has. But it was necessary. As Guimarães Rosa once said, to live is very dangerous. You go around in circles, without ever coming back to the same spot. It’s like going in the same river many times over without it ever being the same river, as Heraclitus of Ephesus said, “the obscure.” In the wake of all this, banging my head against the wall and the immense difficulty in taking a piss, I was learning something. If it is that I have learned.