XVIII – The Revolutionary Potential of Madness 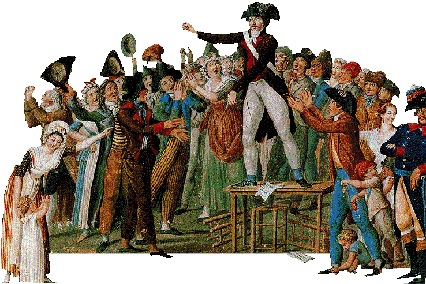 Pass out,wake up. Turn on, turn off. Remember and forget. To remember is to forget. I’ve been in this dialectic ever since I was first admitted in that mental health clinic, Santa Maria. Drugged on antipsychotics and heavy tranquilizers, it was on this loose tightrope that I would live from there on. This is how I stitched together my memories and my forgotten memories, my feelings and my desires, my conflicts and my tensions. Even today, in Pinel, I get caught up in a mental confusion whenever I try to retrace the paths of my memory. The pharmakons, which is of Greek origin and carries the antithesis of remedy/poison, have erased certain events, persons, and feelings from me. But they will never erase me from myself, and never will erase that feeling of being tied in a straitjacket, immobile, screaming unheard.

The mind really is an enigma. There willalways be those who say that we suppress our own memories, select them, unconsciously, to avoid re-experiencing certain feelings. I relive them daily. It is the painful memories that keep me alive. My fleeting memories sustain the desire to savor the wings of freedom. Here, in Pinel, the little that I have satisfies me. I am angry at the gorillas in white. I feel upsurges of hate towards the arrogance of the pseudo-sane. Above all, I am certain of one thing, that those who imprison and torture me will one day have to look at me with a different pair of eyes, that they will have to perceive what they cannot yet catch a glimpse of. Then I will be free, to roam the world in all its filth, poetically savoring the benefits of liberty. Soon, I hope.

I couldn’t have spent more than 48 hours in that underworld calledThe Santa Maria Psychiatric Hospital. Poor saint, like so many before she had her name stained by that place, infested with gorillas in white, men that looked more like demons, torturing their mental captives in their own private hell. The day that they strangledme and tied me up, I could see their eyes teeming with delight, those bastards. They didn’t just fulfill their duty. They had a sadistic pleasure in dominating me, to impose their sanity on my madness. The short time I spent there has vanished. There are no memories. They say that I fit in right away, with the “insane and the drugged”. That I roused up the clinic with agitated rounds of card games,even though many times I could barely keep the weight of my own body on my feet, or drool out articulated words. This is what they say, I will never know for sure. A man without his memory is always hostage to the point of view of others. I don’t trust in other people’s memories, treacherous as they are.

At this point I don’t know where all those voices were, or their owners, Tatiana, my father, Marquinhos. On the other hand, my family had been complicit; they had taken me to that underworld, my mother, my parents… How could they go along with all that? How could they not realize that I needed life, not isolation,that I needed the world, not anunderworld. I needed inspiration, not injections. And they came, one after the other. Not even the most high-spirited lion was ever given so many narcotics. I tried to keep myself undaunted, no! They would not get rid of me so easily! Isolation! In the basement! Under!

A short while after my mom appearedand asked me to get in the ambulance, that I was going to a better place, where I would be very well taken care of. Ambulance!!!??!? No way!!! I’ve fallen for that one before. I wouldn’t dare lose my card game cronies, or my cigarette donators. If I weren’t going home, I wasn’t going to leave that place for anything. I’d had enough, they could just leave me there, let fate decide, I didn’t need anyone’s compassion, especially of those who the height of their sanity thought they were acting in my benefit. Maybe sanity is the most extreme kind of madness there is. Who in this world is capable of being sane in the middle of so much chaos, so much inversion, and so much manipulation! Puppets! I would not be just another one of them. Let them go,let them leave me behind. Go your ways. I would not get in that ambulance, there will just be more needles, more strait-jackets, more suffering. I had become their seven headed hydra. Trying to flywith my wings trimmed. No, compassionless, shallow hearted, weak, who don’t assume a posture, they just stay there paralyzed, suffering someone else’s sorrow. It’s paralyzing. What I do need is comprehension. And yes, to lower the leaps of their reasoning and step into my hallucinations. See the world in my light, understand my sideways vision.That is what I needed.

Once again I entered the game. Or was I cheated, thinking I could fool them? I don’t really know. It was my uncle, if I’m not mistaken, who insisted that it would be good for me. I asked him, if it was so good, why he didn’t admit himself into this place too. He said he would come with me, that he would admit himself also. Maybe I was testing to see how far he would go, or maybe I led in by his argument. In any case, I ended up getting into that green ambulance, headed for God knows where. I left the underworld of Santa Maria and was going to the supra-world of Phillipe Pinnel. Psychiatric clinics really are strange places. Places where the non-adapted, the left outs of the psycho-social order, or those who dare to break the invisible barriers, come together. The revolutionary potential of these asylums is still yet to be ignited. There and here, in Pinel, I could experiment a little of the potential of madness…