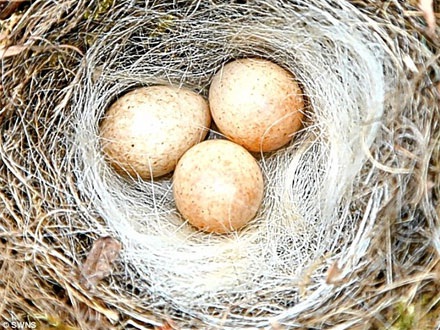 I’m having yet another talk with the man in white, the impassable Dr. Lucas. He makes a point of maintaining his doctorly pose, the ferocity in his rude and reprehensive voice accompanied by the lord of truth look upon his face. But even he has bowed to my scrutiny. Today I left his office much more light on my feet, he said that soon I will be leaving, he said that I don’t belong to this hospital, but do you think that anyone can really belong to this place? Inside of Pinel, I knew all the different kinds of people there: geniuses, drug addicts, depressives, schizophrenics, neurotics, maniacs. I don’t think that I met one crazy person there. They all seemed saner to me than most people on the outside. It was the other people’s difficulty in dealing with them which had led them here. Family, society, none could bear the more profound views that each in their own way hurled toward life. No one there was mediocre, the world demands that we become mediocre, average level, or… they just isolate the problem by locking it away in a mental ward. I was not far from my travel companions. Lucas was mistaken. I should have made him see that. After I had seen my mom upon my arrival from that lysergic return trip to BH, I was unknowingly and at a rapid pace buying myself a ticket to that mental hospital.

When I saw my mother coming, my heart bounded in my chest once again. My father started whispering into my ear again, everything came back in an avalanche of emotions and impulses. I don’t know how my mom found me there, I don’t know if we spoke on the phone. I only know that I had been running away, but I wanted to see her. Mothers will always be a comfort. Why wasn’t my girlfriend there too? She could help find my father, she and Tatiana. I couldn’t even hear Tatiana anymore; she must have gone back to Juiz de Fora. She abandoned me. All of them, but the welcome I felt in Baiana do Acarajé Bar was broken by the arrival of three, although detached, loved ones. The line was broken and I could no longer contain myself.

At the sight of my mother with those eyes, tainted in despair and anguish, heavy eyes, my inner world divided in two. On one side there was the atmosphere of the Baiana, representing the world of Juiz de Fora, of the Party and freedom, bordering on libertinism. On the other was the world of BH – the conservativeness, the repression of desires, the containment. Paradoxically I had left Juiz de Fora in an explosion of (re)sentiments, to find comfort in BH, but my touchdown on capital soil put both worlds into shock. Had my mind, heart and soul gone into a big bang process?

I remember well their eyes, the three of them. They looked at me as if they didn’t recognize me. They looked at me condemningly. Not all three, only my mother and her boyfriend. My brother, dear friend, looked at me with frightened eyes, red from tears. But the tenderness and caring in his gaze was my guarantee. He was on my side, without having to understand me. My mother started to speak poorly of the place and the people around us. I started to defend them, loudly exposing the prejudices implicit in her speech, knowing that the illustrious unknown there were my compadres. They showed me their welcome, but not to her. Her boyfriend was trying to dupe me with his tasteless jokes. He was not on my side. The voices, I need to find them. I need my dad, Marquinhos. It was all wrong, everything was upside down, they needed to take me in to their arms, didn’t they see that I was in a highly harmful ambient? All of that prejudice, those narrow minded people, they would never understand my meandering ways, they could never help me open the doors of my perception. I needed them, I needed Tatiana, Sandra, my girlfriend, but all I had were two repressive sets of eyes staring at me. I need to find them, the ones on my side, the owners of the voices, I am sure that they are very close by.

My mother sought to contain me, wanted to take me home. How!? How she didn’t understand the search that I needed to fulfill. It was like a game, the voices told me the way, I had to go and in the end finding them I would fall into Tatiana’s arms, the only one who understands me, the only one who can help me. Maybe the others could also tell me where the hell my girlfriend was? No, I couldn’t count on her. She must have already felt the betrayal in my thoughts and feelings. She didn’t deserve it, even though I hadn’t reached the height of it, the betrayal was already done. She definitely didn’t deserve this, she wouldn’t understand anyway, better not to tell. Tatiana agreed. I needed to hear music, but I didn’t have my PSP. Yes, it was the link, the PSP and the music. They were the ones who always kept me connected with the voices and their owners. They transported me from that inhospitable and unpalatable reality. I need a cigarette, a nice healthy smoke. The cigarette that gives you wings. The beer that turns into water.  The excitement at a soul level. The splitting of my being. This is how I blended at least two conflicting sides of myself.

I remember Fernando Pessoa, who was not one, nor two, but infinite and his The book of Disquiet. One of the people inside Fernando wrote these words:

The feelings that hurt the most, the most panging emotions are the ones that are absurd – the longing for the impossible, precisely because they are impossible, the longing for what never was, the desire for what might have been, the hurt of not being the other, the dissatisfaction of existing in the world. All these half-tones within the unconsciousness of the soul create in us a sore landscape, an eternal sun-set of what we are…  What we feel then is a desert field darkening, sad reeds beside a river without boats, blackening clearly between distant shores.

I ask Sandra, dear nurse that comes by to give me company, if she knows Fernando. No, and neither does she know Vinicius well. Well then, let’s talk a little about them. I lie in her lap to tell her of the sad and beautiful plight of these two poets.