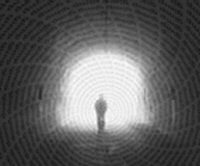 For you to understand me, I should explain who Haldol is. It is Haldol that has prevented me from continuing to tell you what happened. Haldol is an anti-psychotic medication used to control agitation, aggressiveness and other maniacal states of human beings. This is the medical-drug industry’s explanation. I say to you that Haldol is the medication used by those who don’t support the truths brought out by those who they consider to be crazy. It is the enemy of the creative, of creation, and it clouds the vision of those who see beyond the regular run of the mill. That’s Haldol and unfortunately the doctors are forcing me to take it, highly damaging to my mind, and without my permission. When we consider people to be mentally ill, we do not give them the right to choose what drugs to take. I’ve always preferred alcohol. We take it or else… straightjacket. It’s too soon for you to know how this is vested… Getting back to my psychedelic travel Juiz de Fora to Belo Horizonte.

After hearing those voices and fighting with my dad and Marquinhos, I walked away with my bags in hand on the deserted streets of Juiz de Fora. I couldn’t find a taxi and I didn’t care. I walked on aimlessly, I walked for the sake of walking, as if all that anger and rage drained out of me with every step I took. They of all people, whom I trusted so much, had left me astray. I heard them say that I was on cocaine. They didn’t know me, and they didn’t deserve my trust. And every thought I had was accompanied by a drag full of smoke invading my lungs. Finally a taxi appears.

Right as I entered the cab I saw that the driver was “right on”. His eyes looked at me in a lunatical way, but he seemed to understand me. I was upset, agitated, my legs squirming, although he unknowingly comforted me. We went in direction of the bus station, but those eyes seemed to invade me. They were the eyes of someone who had dropped acid, dilated, insinuative. I couldn’t look into those eyes. They were too threatening. I was overly relieved when we got to the bus station, but other mishaps were still there awaiting me.

Then suddenly, and not by chance, the world conspired against me. They tried to mislead me at the ticket window saying that there were no buses to Belo Horizonte, that they were all full. But the looks in their eyes were that of spies. Yes, of course. My father at this point must have already called the bus station; everyone was informed and were trying to prevent me from leaving. But two can play at this game, I can undo it. Then, suddenly, I hear my dad’s voice announcing the next bus’ departure. I knew it! He was behind the theatrics all along. So I insisted, I needed the ticket, they had to arrange a seat for me. Finally they reserved me a place on a bus leaving at 8 o’clock. There was still an hour to go.

What would I do during this time? There was my father’s voice, announcing every bus arrival and departure. He was following me, trying to trap me, but he was mistaken. Now that I gained wings, which had set me free, he could not hold me anymore. I started to walk around the bus station, trying to find out where the voice that bothered me so much was being emitted. I went to the cafeteria, smoked a cigarette every ten minutes. I tried to buy beer but they refused to sell to me. Why not? It’s so logical, don’t you see? My father had warned them to not sell alcohol to me. So I had coffee.

I alternated repeatedly between sitting and walking around. How I felt the pressure inside of me from all those voices, how I felt wronged by their judgment of me. If I had at least snorted some coke, but no. They didn’t understand. I didn’t understand. I didn’t accept their pseudo-authority trying to tame me. No. My wings soared over all of this. Maybe nobody could comprehend. No. I had seen looks of comprehension, of identification, or was it pity? I remember the waitress who sold me the cigarettes … angelic eyes.

And where were those who claimed to love me? Where was my mother, where were my brothers? My girlfriend? Tatiana? Sandra? My room. I needed to go back there. My own personal universe, I felt safe there. I needed the guitar, there’s no better way to express one’s feelings than through a few well given strums. The steel strings would understand me, the books too. I needed to get back. But the bus didn’t arrive, it delayed, all part of the theatrics that my father had set up in an attempt to restrain me. I laughed out loud at that make believe scene, laughed more and more, followed by an immense abyss. It was as if my mind had set flight, without drugs, without stimulants. Flying high, in which earthly life transformed into a magical theater, governed by the actors that I chose for my stage. And I laughed sarcastically at that theater, because I thought that I could contain it. I was probably laughing in despair.  Laughing at myself, at the wings of craziness on which I flew.

After much delay, the bus arrived. And finally I would board. This would be the start of a never ending trip, whose fate led me to be locked up in this hospital…