IX – I bring harmony to the insane… and to the healthies 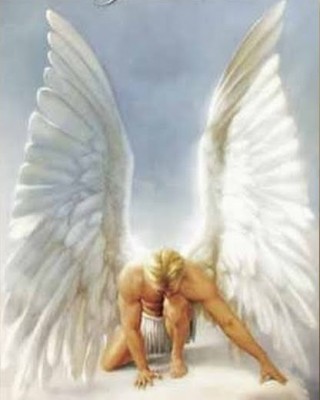 I stepped off the bus, or rather, I touched down in the heart of Savassi district in Belo Horizonte. Valéria, the nurse, speaks so sweetly to me as I tell this story. She really takes care of me, unlike that dictator-in-white. Valéria has candor, sweetness. Sometimes she gives me such affection that it’s as if I were her son. She lets me lay the mattress on the floor. Maybe she is capable of understanding me. She helps me a great deal, helps take some of the load off of my incarceration. She and Sandra, another late night companion. The tenderness in their eyes, it’s as if they were saying: I understand. This alone softens everything. I want to freeze their looks in my mind to never forget, but they are still giving me that damned medication.

I walked down Savassi, still electrified, still pulsating within the turmoil. I left the bus running like someone fleeing from something unknown. I ran and sang. There’s an old adage that says those who sing scare their woes away. I tried to spell them away, but after all my singing was not enough. I got off the bus still trying to find the hidden voice transmitters that resounded in my noggin. Under the seats? No, they might have hidden in the luggage hold. That’s it, that’s where they exude their dreadful messages. It must be. And I went, cut in front of everyone and wedged myself in the between the luggage. Where are they? Where is she? I needed to find her, Tatiana, only she with her beauty and wisdom could help me. But they were not there. They must have run off before I got there. They were so slippery. I needed to find them, I needed to see her, I needed to drink from that fountain of life – Tatiana, or T energy.

I grabbed my bag and went off in search of the voices. How can one find a voice, if they are just electromagnetic waves, frequencies that only our auditory devices are capable of picking up. My eyes needed to see them, my touch feel them, my mouth taste them. The voices had to materialize, only then could I calm down. I walked after them with my internal radar turned on. I went in the bars, restaurants, I checked the kitchens and deposits. Right as I found their hideout they would run off, retreating like snakes so quick that it left me dumbfounded. The bar owners tried to stop me from entering, from climbing into their basement, but could not. I went off in haste after my father, after Tatiana and Marquinhos who tormented me internally. No one understood me and the repressive looks in their eyes, full of hate, left me even more upset. There were possibly some guardians there helping me. I don’t know who they were but they were there. Someone was protecting me, I felt it, but their identity was beyond me. It might have been angels, that only I knew were there, but that they really were there was certain.

I found my abode in a bar where I sat down with the voices in peace for a while: the Baiana do Acarajé, the local intellectual diversity. I sat down and ordered a beer. If I remember correctly, my mother called me on the phone and told me that I would come back but not to home. I was in Savassi and there I would remain. I was looking for my father. These damned meds won’t let me remember if I spoke with my girlfriend. She deserved to be better cared for, but I couldn’t think about this at the time. Maybe if she was with me the voices wouldn’t agitate me anymore. Maybe she could be like Tatiana. I think I talked to her at some point, but I was electric, I’m sure that she didn’t understand. No one understands. No one is ready to understand. No one knew how to help me the way that I wanted. The music went on calming me, the beer went down like water inundating my bosom and Tatiana was there with me keeping me calm.

While the internal chaos quelled down, I started to notice everyone around me. There were gays, lesbians, heterosexuals and all of them seemed to me as a world of possibilities. They all seemed to understand me and while I sat there jotting down a few things, that ambient brought me some peace. I wanted to talk but dared not approach them. They were there to help me, and the script said we did not need to talk. Just be. At this moment my mom arrived, I don’t know how she found me, together with her boyfriend Pedro and my brother Léo. The momentary peace of the setting was broken and the voices came back to disturb me.

Valéria is asking me to rest easy and calls me to hear a little more about her life. She has in me a safe-haven, my mattress is her couch. She helps me and so I can’t deny her this. I confess that sometimes I want to go a little further. She is very pretty, has black hair, white skin and a tender melancholy in her eyes. I need to hear her, despite wanting to continue telling you the story. She needs me more than I need her. Maybe that’s why I stay here, caged in this clinic. I bring harmony to the insane and  ,,,,,,,,  to the healthies.