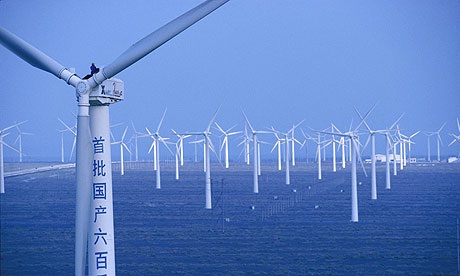 Every year the World Energy Statistics Magazine, specifically the British Petroleum’s “Statistical Review of World Energy,” undoubtedly the best world energy atlas, publishes in the month of June the statistical results obtained from the previous year on virtually all forms of energy produced and consumed throughout the world.

This article, published for the fourth consecutive year now at Metro Portal, www.metro.org.br, aims to reveal with the help of graphs and statistical charts the performance of key countries around the world in Electric Power Generation. This being an analysis of annual data, the title remains: “Emerging Countries, Stagnate Countries”.  Part One was published in 2009 by Portal Metro with commentary available in Portuguese; in 2010 with commentaries in Spanish; and now a Part Three with data from up to 2010 with commentaries in English as well. This year of 2012 we are issuing Part Four with data applying to 2011.

As in the previous articles, we used the biennium scale from 1990 on in order to facilitate the drafting and reading of the graphs. Only 2011 was isolated in order to highlight the latest effects. All data used is relative, i.e., the percentage of each block, region or country in relation to the total world count (=100%). Countries with increasing growth are expanding their relative global shares, while countries with decreasing growth are reducing their relative global shares. 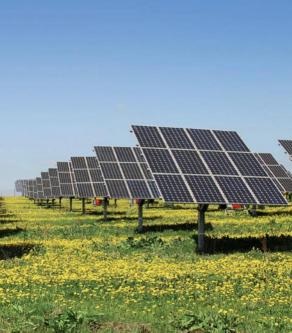 Some general evidence can be detected upon interpretation of the statistics:

1) The big news of 2011 is that for the first time, China and the USA have switched roles; one is occupying the other’s place.

2) Countries with strongly increasing shares are:

a) The Asia Pacific region in China’s geographical area of ​​influence,

b) The Middle East, especially by the positive effect of oil prices.

3) The moderate but sustainable growth of South America and Central Africa, the latter with lesser footing.

4) If China occupies the place formerly belonging to the USA, the three other regions together will occupy the positions lost by Europe-Eurasia;

5) There is a strong decline during the participation period of Eastern European countries and the former Soviet Union mainly in the 90’s, where in the 2000’s there was a slowing but continued downward trend.

6) It is also visible in the graphs that India will soon surpass Japan and Russia, assuming 3rd place globally. And finally, that Brazil and South Korea should soon exceed in the coming years the declining group which includes Germany, Canada and France. 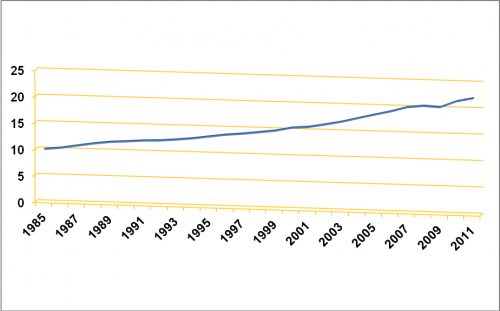 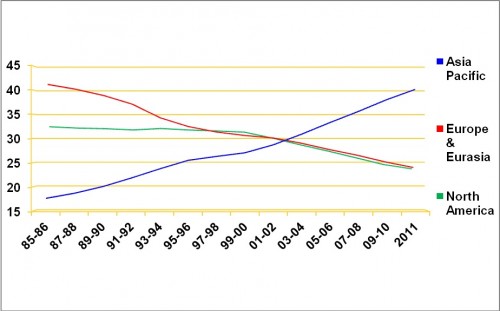 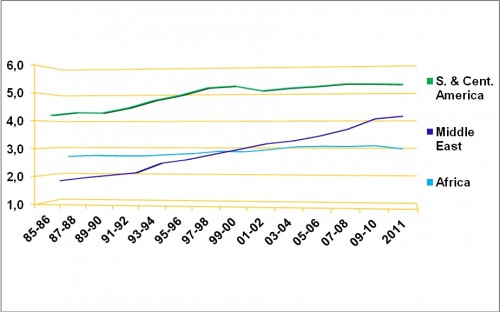 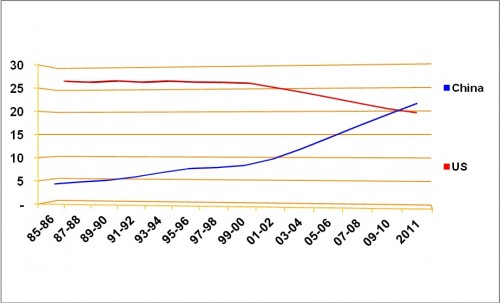 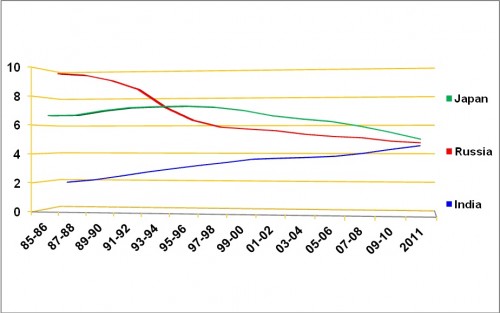 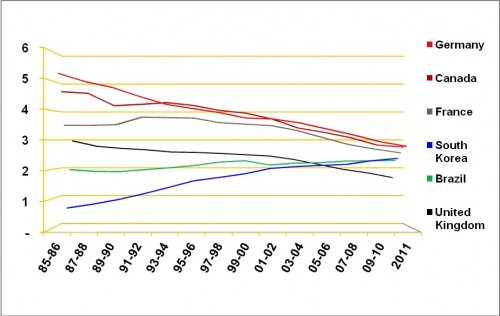 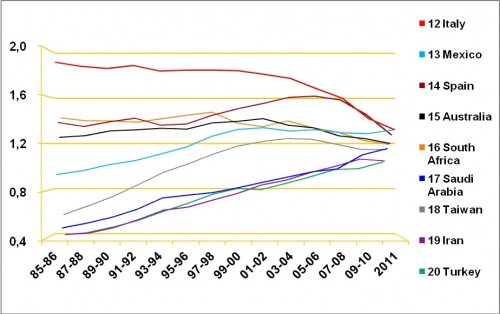 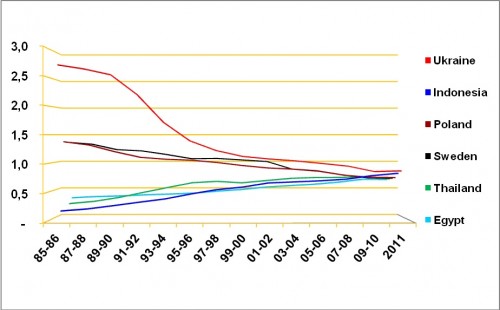 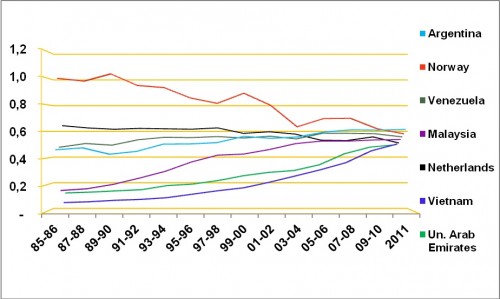 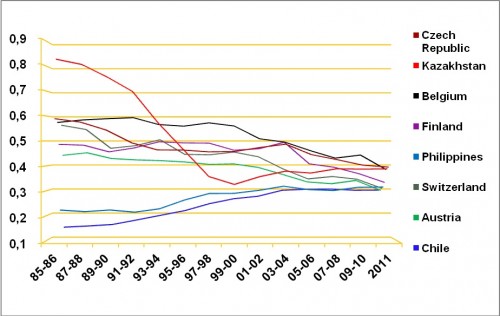 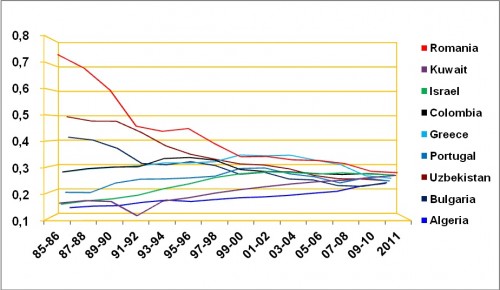 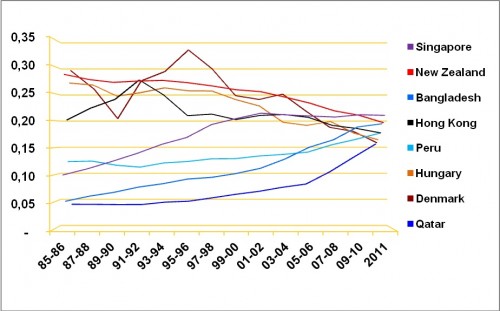 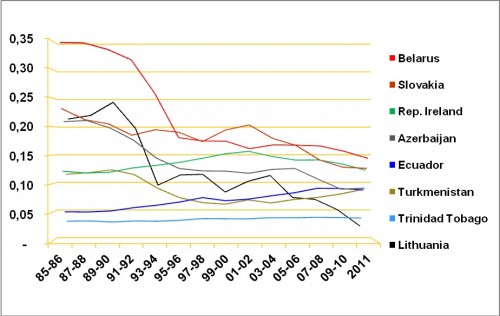