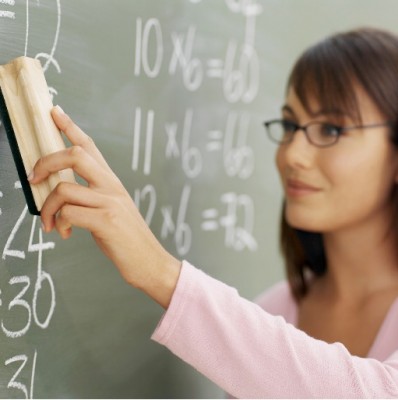 It’s late in the afternoon on a Friday and I am returning home after work in Betim by way of a public transportation bus to my house in Belo Horizonte. It is moment were I sometimes like to observe the people around me and their goings about. I can’t help myself but hear the dialog that rolls along. Accounts of everyday life, opinions made about diverse themes such as marriage, warring with the neighbors, their children’s education, the grip of work. If ever someone wanted to do some research on the “common sense” of the public today, I indicate the trajectories of urban and intercity commutes as an excellent source.

On this particular Friday, my attention was drawn to the entrance of a woman laden with plastic bags and her two small children, accompanied by a young lady.  Both of them sat in separate seats making it necessary for their conversation to be kept at full volume, in a way that is was even more difficult for me to not listen in. Among the various issues touched on, I highlighted a commentary that the young lady made about a friend of hers who, unlike the rest of his family, continued his studies. While amazed at all the time and investment this friend dedicates to his studies, she lamented: “I don’t get it. He gets all the way through college, does all that studying and in the end, all to be a school teacher?” Right away she had her opinion reinforced by the older woman who said: “He seems like a bright young man, but sure doesn’t hit straight on the ball, does he?”

This statement immediately carried me away to innumerous thoughts. Memories, concepts and theories mixed together in my head all at once. When I was a child, I studied at the Basic School, in Middle School, and I remember the representation and image that I, my parents and general society held regarding school teachers, who were mostly women, being totally different: respect, consideration, knowledge and admiration for the important work that they did. Not to sound nostalgic or anything and saying those were ‘the good ol’ days!’ No, Sir. I went through middle school and high school during the time of the military regime. It was a period of authoritarianism and violence, of rapid socio-cultural and economic change in the country. For the university, it was a time of many struggles: for amnesty, for democratic freedoms, human rights, it was a time of much learning.  We witnessed rapid urbanization with the sprawl of cities and all its consequences in the way people and their families live and survive. The same process that generated economic growth consequently increased poverty, exclusion and inequality. The world and the work place transformed like wildfire, restructuring people’s time, values ​​and collective social life, family life, in short all social and human relations. And in the last 10, 15 years, with the velocity of these changes and recent technological development, it became increasingly difficult to understand and explain society, its perplexities and challenges. In the academic field there are several studies and works that reflect on this “net” society, a term of Zygmunt Bauman, and the human consequences of the new globalization. The current education level and its challenges cannot be understood outside of this current complex and contradictory context.

After this mind trip back through time, I snapped back to the moment and continued to watch my new traveling companions. Simple folk, who struggle to have a job and support their families and earn their daily bread. By their speech you can tell that they lacked the opportunity of a college education. For them to explain the world and elaborate ideas, they use everyday experiences, their own direct and intuitive observations. And so, why did they think it so absurd for someone to dedicate themselves and study so hard to become a school teacher?! Could it be that this representation, this view reflects the general public opinion of today?

What are the conditions of teachers in elementary schools today?

Again, I would like to explain and understand. I am reminded of the current drop in demand for courses offering degrees, and even the closing of several. Many students who study physics, biology, geography among others, admit that they do not want to be teachers, and indeed, I see many professionals in this area working in other fields outside of the schools. In my conversations and meetings with educators, we observe many different questions and postures which oscillate between hope and disillusionment, as written by Pablo Gentili and Chico Alencar in analyzing the challenges of being a teacher today.

We know that professionals and managers of MEC (Ministry of Education) and some states and cities have proposed programs, policies and actions to improve the quality of public education. However, I am increasingly convinced of the strategic role of local authorities. It is in the local areas, where people live, that basic needs are required in a concrete way: the need for schools, hospitals, security, transport, bread, milk, and everything else needed to live with dignity. Public management, being the closest to the population could create renovating experiences, involving and organizing people and society to take part in this construction.

A diagnosis of municipal management in Brazil today in regard to public education doesn’t leave us very optimistic. In speeches and the rhetorical, education is often presented as a priority. But the politicians and their representatives become lost in numbers and statistics, especially when relating to costs. An actual quality of education is still far from a reality in our schools. What school do we want? What kind of school is possible? We know that there are many questions and doubts in the air. There are today strategically planned projects ranging from the materialization, including all physical conditions, to the career and development of teachers, the training of these professionals, the participation of students and their families, the integration of the school with the community, to deeper reflections of the role and function of contemporary schools, with all the unfolding this issue shows in regard to the general meaning of a school. The leaders – managers, municipal and state secretaries, directors and coordinators of schools should be selected for their courage, passion, creativity, listening skills and openness to dispel myths and systematic rituals, to establish new ways of learning-teaching, to build schools as learning spaces, for their joyfulness and their own integral human development, for our children and the education of our youths.

Prioritizing and reverting this situation of discredit, and rescuing the appreciation of the teacher-educator in Brazil is an urgent task if we want a nation of active and responsible citizens, aware of their rights and duties.