The Glow of Awareness 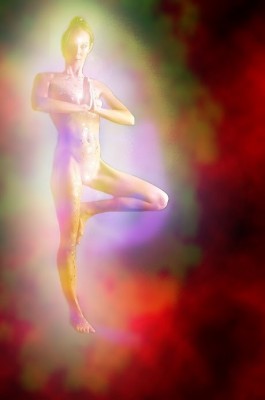 The new seers, imbued with practicality, were able to see a flux of emanations and to see how man and other living beings utilize them to construct their perceivable world

The way those emanations are utilized by man is so simple it sounds idiotic. For a seer, men are luminous beings. Our luminosity is made up of that portion of the Eagle‘s emanations which is encased in our egglike cocoon. That particular portion, that handful of encased emanations is what makes us men. To perceive is to match the emanations contained inside our cocoon with those that are outside. They are like filaments of light.

What’s so incomprehensible to normal awareness is that the filaments are aware of themselves, alive and vibrating, that there are so many of them that numbers have no meaning and that each of them is an eternity in itself.

Seers can see, for instance, the emanations inside any living creature and can tell which of the outside emanations would match them.

Perception is a condition of alignment; the emanations inside the cocoon become aligned with those outside that fit them. Alignment is what allows awareness to be cultivated by every living creature. Seers make these statements because they see living creatures as they really are: luminous beings that look like bubbles of whitish light.

Sentient beings are minute bubbles made out of those filaments, microscopic points of light, attached to the infinite emanations.

The Eagle‘s emanations are more than filaments of light. Each one of them is a source of boundless energy. Think of it this way: since some of the emanations outside the cocoon are the same as the emanations inside, their energies are like a continuous pressure. But the cocoon isolates the emanations that are inside its web and thereby directs the pressure.

I’ve mentioned to you that the old seers were masters of the art of handling awareness. What I can add now is that they were the masters of this art because they learned to manipulate the structure of man’s cocoon and they unraveled the mystery of being aware. By that I meant that they saw and realized that awareness is a glow in the cocoon of living beings – the glow of awareness.

The old seers saw that man’s awareness is a glow of amber luminosity more intense than the rest of the cocoon. That glow is on a narrow, vertical band on the extreme right side of the cocoon, running along its entire length. The mastery of the old seers was to move that glow, to make it spread from its original setting on the surface of the cocoon inward across its width.

When seers see that the pressure of the emanations at large bears down on the emanations inside, which are always in motion and makes them stop moving, they know that the luminous being at that moment is fixated by awareness.

The degree of awareness of every individual sentient being depends on the degree to which it is capable of letting the pressure of the emanations at large carry it.

Seers maintain that awareness always comes from outside ourselves, that the real mystery is inside us. Since by nature the emanations at large are made to fixate what is inside the cocoon, the trick of awareness is to let the fixating emanations merge with what is inside us. Seers believe that if we let that happen we become what we really are–fluid, forever in motion, eternal.