The Clear View and the Flight of the Flyers 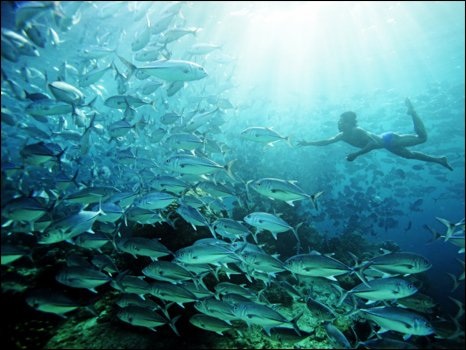 I am going to reveal to you one of the most extraordinary secrets of sorcery. I am going to describe to you a finding that took sorcerers thousands of years to verify and consolidate.

Do not worry about your fears or qualms. Rest assured, that is not your fear. It’s the flyers‘ fear, because they know that you will do exactly as I’m telling you. I know for a fact that those attacks wear off very quickly. The flyers‘ mind has no concentration whatsoever.

You’re being torn by an internal struggle. Down in the depths of you, you know that you are incapable of refusing the agreement that an indispensable part of you, your glowing coat of awareness, is going to serve as an incomprehensible source of nourishment to, naturally, incomprehensible entities. And another part of you will stand against this situation with all its might.

The sorcerers’ revolution is that they refuse to honor agreements in which they did not participate. Nobody ever asked me if I would consent to be eaten by beings of a different kind of awareness. My parents just brought me into this world to be food, like themselves, and that’s the end of the story.

The flyers are an essential part of the universe and they must be taken as what they really are: awesome, monstrous. They are the means by which the universe tests us.

We are energetic probes created by the universe, and it’s because we are possessors of energy that has awareness that we are the means by which the universe becomes aware of itself. The flyers are the implacable challengers. They cannot be taken as anything else. If we succeed in doing this, the universe allows us to continue.

An Exercise of Discipline and the Tricks of Sorcery

It doesn’t make any difference if you are a good reader or how many wonderful books you can read. What’s important is that you have the discipline to read what you don’t want to read. The crux of the sorcerers’ exercise of going to school is in what you refuse, not in what you accept.

Sorcerers’ aspirations are to reach infinity, and to be conscious of it. The task of sorcerers is to face infinity. They plunge into it daily, as a fisherman plunges into the sea. It is such an overwhelming task that sorcerers have to state their names before venturing into it. In this manner, they assert their individuality in front of the infinite.

The question of greater importance is not to know that you have always perceived energy directly, or your journey since the inner silence, but, more precisely, a double question.

The clear view or losing the human form is the time when human pettiness vanishes, as if it had been a patch of fog looming over us, a fog that slowly clears up and dissipates. But under no circumstances should you believe that this is a consummated fact. The sorcerers’ world is not an immutable world like the world of everyday life, where they tell you that once you reach a goal, you remain a winner forever. In the sorcerers’ world, to arrive at a certain goal means that you have simply acquired the most efficient tools to continue your fight, which, by the way, will never end.

The second part of this two sided question is that you can experiment the human heart’s most maddening question. You alone will express it when you ask yourself: How in the world can this be possible without me knowing that my whole life I have perceived energy directly? What has impeded me from having access to this facet of my being?