The Joy of Living 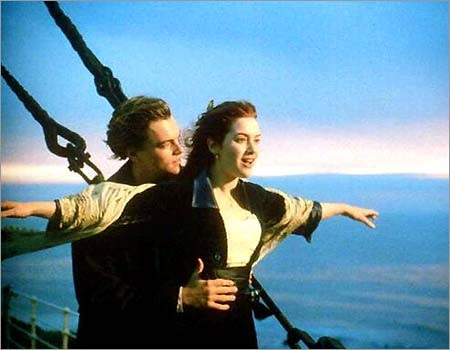 ‘It may not be that woman you are missing

It may not be this heat that does you harm

It may not be that tie which is suffocating you

Or that lack of money which is fatal

See how a mild flame molds a strong iron

See how the asphalt is your garden if you believe

That there is a sunrise reddening the dark sky

Calling men to their time to live’

Excerpt from song by TAIGUARA: May the children sing freely.

In response to the reader Armando Quiñónez,

You asked me if being happy is a desire or a necessity. It is undoubtedly a necessity and a factor of physical and psychological health. The ambitious human being, one who possesses intense desires and actively pursues his goals, carries a fire within, the fire of life. Like any fire, it burns, heats, stews, melts, and transforms. It is in the fire of aspiring to something -material, intellectual, artistic or spiritual- that we find the fuel to keep us going. If this fire be lit in us, until the last day of our lives, we shall never stagnate.

To maintain this fire lit, great adaptability is needed. Every human being has to cope with frustrations. We have various kinds of frustrations. The first is not having what we want. For those with a strong will, this is the driving force behind life itself. Not allowing oneself to become discouraged, to progress, to start over if defeated, to establish step-by-step plans, to try new strategies. That which we wish for and do not have has the scent of paradise. It entices. This is the great incentive for children and young people, teeming with desires and dreams.

As time goes by, we can achieve much of what we want. There we will have to deal with another kind of frustration. That which we sought after, which had the scent of paradise, not always brings us the satisfaction that we supposed it would. Or it might make us happy for a while, then goes grey, becomes monotonous, familiar, maybe even boring. Or the person whose company we sought, after living together intimately, reveals personal flaws which we had not noticed, difficult to deal with, tolerate, endure. Some people give up, separate and start over again with someone else. But we always bump into either some degree of disappointment or loss of intensity, with familiarity, routine, a kind of monotony.

A third type of frustration comes along when our desires are impossible to live up to. The person who was once our second half abandoned us and as much as we try to win him/her back over the years, it is useless. Or we might have serious or incurable health problems which we must learn to coexist with, tolerate, withstand and seek joy and happiness regardless.

The doctor RACHEL NAOMI REMEN in the books ‘Stories that Heal ‘ and ‘ My Grandfather’s Blessings,’ tell stories of this kind, including her own. At 16 years old she had a severe intestinal hemorrhage and woke up 6 months later in a hospital bed where she had spent the entire time in a coma. A carrier of Crohn’s disease, she decided to study medicine in the face of all limitations. The doctors said that she would become disabled and would probably not live to see her 40th birthday. For 10 years he felt hatred towards healthy people, hating her own body. She did not give up. She became a pediatrician and practiced pediatrics for several years until the age of 35. She then gradually started working with terminally ill patients and people who have serious illnesses. She became a psychotherapist, practicing as a psycho-oncologist for over 20 years. She went through 7 major surgeries in her lifetime. At 29 years old, a large part of her bowel was removed and she carried on with an Ileostomy. As a result of the disease and medication side effects, she lost a significant part of her vision due to cataracts and glaucoma. …

Despite all this she finds the joy of living, remains active professionally and tries to inspire in others the optimistic and courageous disposition that she succeeded in finding within herself.  In her words: “Joy seems to be part of an unconditional wish to live, not holding back because life may not meet our preferences and expectations.”

There are people who naively believe that being happy, to have joy of living, is a matter of luck or of destiny. That it is a gift we receive from life through the circumstances of our life. If we look carefully we will realize that people who have ‘ luck ‘ -money, health, beauty, good kids, people who love them- that, despite everything, they feel bored, or even unhappy and bitter. Small frustrations and the imperfections inherent in everyone’s life leave them in a state of frequent moodiness.

Others, in the midst of the worst circumstances, can see meaning in life itself and radiate joy, enthusiasm, faith, and kindness.

The ability to be happy, to have joy of living in every life situation, is the highest capacity we can develop. It demands great effort, maturity, intelligence and an almost absolute autonomy. This is the biggest challenge that life presents us.